Remember how before The Last Jedi came out we were all (only half-jokingly) wondering who was going to lose a hand in this episode? Anakin lost his right arm in Attack of the Clones and Luke lost his right hand in The Empire Strikes Back. The only real question was whether Kylo (as the blood-heir of the Skywalker line) or Rey (as the hero and ideological heir) would be the one who lost a hand.

As we now know, no one lost a hand in Episode VIII but I hadn’t considered the larger implications of that until listening to a Skytalker’s podcast episode titled “The Hands Are a Language.” This one statement in particular stood out to me:

Oh. My. Goodness. There’s so much here that I want to talk about related to Ben Solo, but first we have to talk about the Skywalkers who did loose their hands. 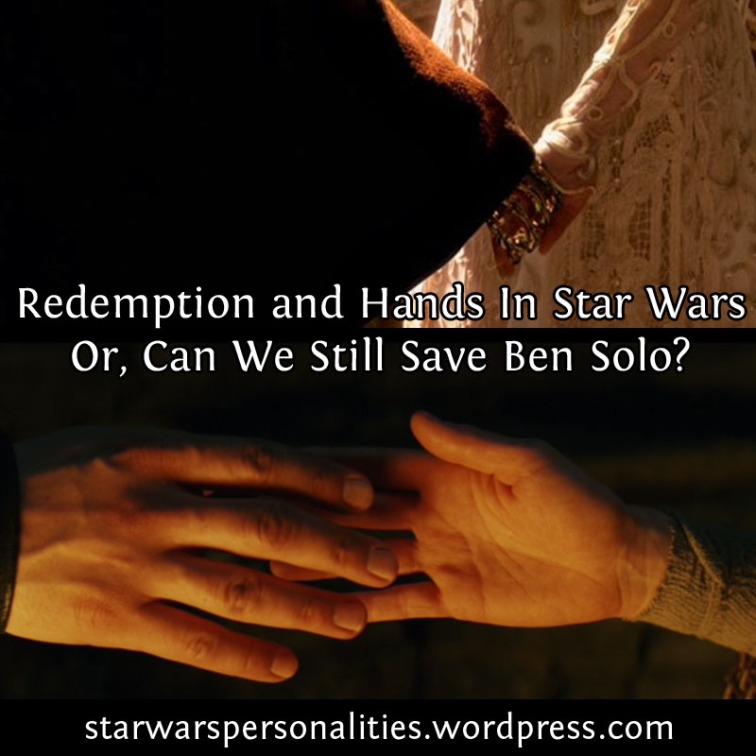 Hand-In-Hand With The Dark Side

Anakin Skywalker (who’s an ENTJ) lost more and more limbs as he lost his humanity and his connection to the Light. He lost his right hand when he rushed to try and defeat Count Dooku (an INTJ) on his own instead of working together with Obi-Wan (an ISFJ). After he turned at the end of Revenge of the Sith, he lost his other hand and both legs. By the end of this film he’s what Obi-Wan would later describe as “more machine now than man, twisted and evil.” Losing limbs was closely tied to Anakin’s fall from the light.

When Luke (an INFP) lost his hand in Empire Strikes Back, the symbolism was a little different. The fact that Anakin/Darth Vader cut his own son’s hand off is further proof that he’s evil. The hand loss also points to the possibility of Luke becoming more and more like his father. That’s one of the things Obi-Wan and Yoda (an INFJ) fear when Luke refuses to kill Vader. For much of Return of the Jedi, we’re not quite sure whether Luke will help redeem his father or whether he’ll join him in ruling the galaxy.

Of course, Luke does reject the Dark Side and Darth Vader is redeemed. He dies as Anakin Skywalker, Jedi knight instead of as a Sith lord. This seals the first two trilogies as a story of rise, fall, and redemption for Anakin. But as we see in the new trilogy, it wasn’t a perfectly happy ending. 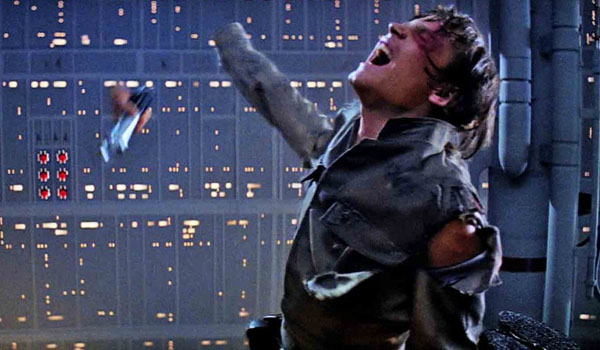 If you think about galactic politics circa Return of the Jedi, it makes sense that destroying the second Death Star and even killing both Palpatine (an INTJ) and Darth Vader wouldn’t be enough to completely get rid of the Empire. It’s a galaxy-wide system of government full of Star Destroyer captains, planetary governors, fleet admirals, and politicians all eager to take over. Cleaning that up is a messy, complicated proposition, as we can see in the canon books Aftermath Trilogy by Chuck Wendig and Bloodline by Claudia Gray.

Falling to the Dark Side has lasting consequences. As Yoda warned Anakin, “Fear leads to anger, anger leads to hate, hate leads to suffering.” And because Anakin was such a pivotal, powerful character, this suffering was both personal and galaxy-wide. For better or worse, whatever Skywalkers do affects the entire galaxy. Even though Anakin was redeemed, there were still consequences to his fall. He just didn’t have to deal with putting things back together personally. That fell on Luke and Leia.

Redeeming someone doesn’t mean everything they did in the past is erased. Someone still has to deal with the consequences. To take this back to our opening idea, the “limbs” you loose don’t grow back. The pieces Darth Vader carved out of the galaxy and his family didn’t heal just because he was redeemed. The consequences of his fall still affect the next generation. 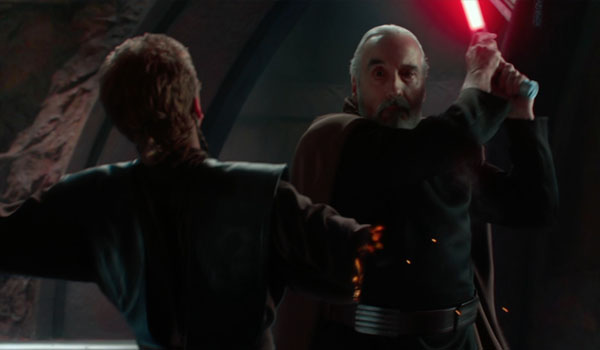 Ben Solo (an ENFJ) didn’t lose any limbs before falling to the Dark Side. What was “cut off” of him is more subtle than what Anakin lost, such as his trust for father/mentor-figures. Snoke took Ben’s mind, not his arm (which Dooku did to Anakin). Luke threatening to kill Ben cut off his ability to trust, not his legs (which Obi-Wan did to Anakin).

When I walked out of The Last Jedi the first time, I didn’t think they were setting up a redemption arc for Kylo Ren. But the more I think about it and the more I watch this film (which has been several times at this point — I love TLJ), the more I believe in “Bendemption.” So let’s go back to the quote we started with:

Star Wars is about redemption. It’s about a lot of other things, too, but that one is central to the saga films. To get even more specific, it’s about redeeming the Skywalkers (including Ben, even though that’s not his last name) and through them the galaxy. 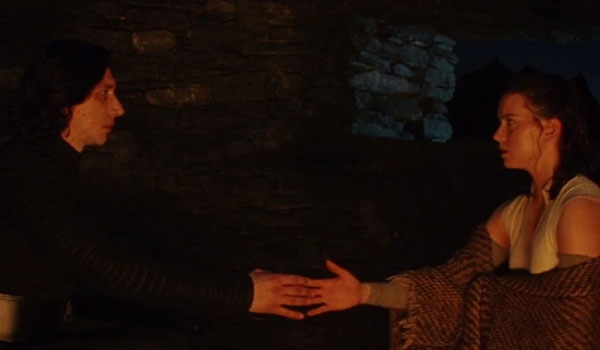 The Point Is To Stop The Cycle

Anakin’s turn at the end of his life wasn’t enough to end the cycle of loss, darkness, and falls that require redemption. The cycle continued and (I think) part of the reason was because Anakin didn’t survive. He wasn’t there to teach his grandson how to navigate the Dark Side’s temptations or how to come back if you fall. And because Luke and Leia covered up the truth about their father, Ben didn’t even have the guidance of Anakin’s legacy. He only knew of his grandfather as Darth Vader and that’s who he looked to for guidance in The Force Awakens. Does he even know Vader turned back to the Light at the end of this life? I doubt it.

In order for redemption, love, and compassion to win in the end of this new trilogy, I think Ben Solo has to be redeemed. More than that, he has to live and deal with the consequences of his past actions. He needs the chance to follow the advice that Yoda gives Luke in The Last Jedi:

Pass on what you have learned. Strength, mastery, hmm… but weakness, folly, failure also. Yes: failure, most of all. The greatest teacher, failure is.

Ben gave us a glimpse of what his redemption arc could look like in The Last Jedi when he pulled off his glove and reached out to touch Rey’s (an ISTJ) hand. Yes, he went back to gloves-on and trying to get her to join him after the throne room battle, but the part of him that reached out for goodness is still in there as well. And I really hope we get to see a redemption arc in Episode IX that includes him staying alive to pass on what he has learned. 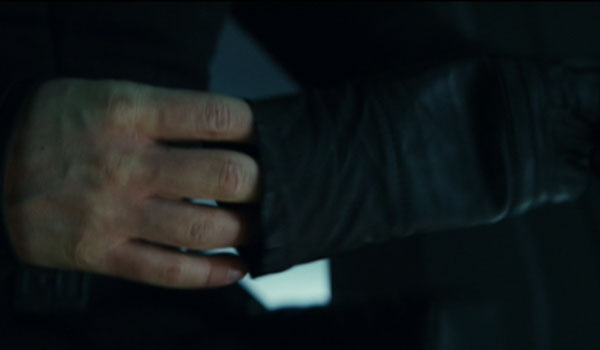 You can purchase the films and books mentioned in this article in by clicking the following links. Please note that these are affiliate links. This means that, at no additional cost to you, I will receive a commission if you click on the link and make a purchase on that website.

This site uses Akismet to reduce spam. Learn how your comment data is processed.

The Reason For Relationship

Building People Up in Christ

The Glorious Weights We Carry